//
you're reading...
Interests, Science, Space, Whatever

Why I didn’t like Tomorrowland by an Optimistic Futurist

Today I watched the movie, Tomorrowland.

It showed me a vision of the future with jet packs and gleaming white cities floating in the clouds. But despite the beauty and the vision, I was left with an undercurrent of dread and lingering fear.

Because the future that they were showing me was not the real future. It was a vision of a nostalgic past, a past future that I didn’t believe in anymore, if I ever had. But before I can explain my point, let me give you an emotional blow by blow of my experience watching the film. 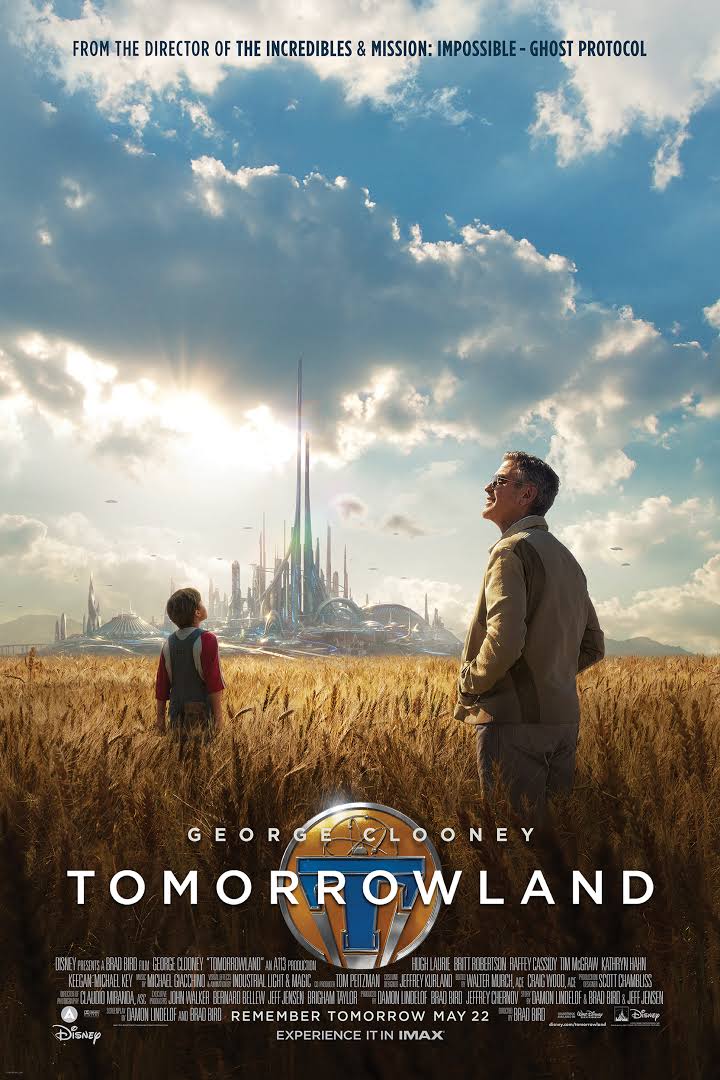 It begins with a man telling us that the future is scary. Then he says that it did not used to be so. We flash back to his past when he went to the World’s Fair and saw the World of Tomorrow.

He walked through the exhibits seeing things beautiful and new. I saw a past world where almost everyone was part of a white fifties middle class society. (A society that probably would have rejected me.) I could almost hear Dione Warwick singing that they were “Livin’ in a world made of paper mache. Everything is clean, and so neat. Anything that’s wrong can be just swept away. Spray it with cologne, and the whole world smells sweet.” (https://youtu.be/6yvFUAUr-5Q)

The heroine was introduced later. She was trying to prevent gantries at Cape Canaveral from being torn down. She still had hope for the future, and so she was eventually transported to Tomorrowland and helped them have a revolution of sorts that would allow them to open up Tomorrowland to new people. They began recruitment of dreamers and big thinkers. They would remove them from our world, so that they could get away from the evil dystopias that everyone is dreaming of now with their apocalyptic movies and video games. They sent robot children out into the world to find the best people and bring them to this beautiful new land to restart a new and optimistic future.

Why does this ending fill me with dread? Let me explain in six easy to understand keywords:

The entire concept of making a perfect world filled with dreamers is ELITIST. The common man is never expected to be part of this brave new future. Technological advances are kept secret from them. Only the chosen deserve to have spaceflight or clean air and water. Only the chosen can live among the clouds.

Their solution is to seek out the best thinkers and artist and take them away from this world to a new better world. Where does this leave everyone else? The answer is…Who cares. The rest of the world is undeserving. They aren’t optimists or dreamers so let them suffer. They can have the second-best thinkers and the pessimists. They can have the ones that we don’t want or those that we chose to throw back. This recruitment plan where creepy robot children gather up racially representative adults and take them to see Tomorrowland is the most massive BRAIN DRAIN that the world will have ever seen.

Tomorrowland has strict rules and a stagnant social structure preserved from the mid-twentieth century. Dissidents and deviants are expelled to the Earth. Nuclear families were the only families shown. Do I expect to see a young man with a tattoo in a pink dress saying goodbye to his two mommies before getting on a rocket to go to a new star system? No, I do not. I expect this society to be pretty conformist and FASCIST. Ideas supported by the fact that the main character is relentlessly hunted down by robot assassins, and when she finally gets to this paradise, she is ushered to see the leader who is always accompanied by armed guards. (Armed male guards to be exact). The recruiter robot has super fighting skills, and when it becomes deactivated, it explodes. Tell me how this is building a better tomorrow today?

When these dreamers are brought up into this new Eden, will they continue to live in yurts, or fish for food, or go into the wilds of nature for solace? No. Tomorrowland is the ultimate urban environment where everyone assimilates to the dominant Retro-Future culture or else. This is CULTURAL IMPERIALISM where the dominant society will only accept those who conform to existing social norms. The science fiction author S.P. Somtow wrote a book called “The Utopia Hunters” where he said that All Utopias are false Utopias. The fatal flaw of this one is that in order to embrace the future you must first embrace change. This future in not about change. It is a future where the technology advances but the society does not. It is CONSERVATIVE to the point of oppression. It is a false Utopia doomed to fail.

The people who run this society are CLOSED-MINDED and not just because they cannot imagine a more optimistic future. They cannot see the optimism in the present! They see that movies and video games show what appear to be dystopias: post apocalyptic worlds, fallen cities, deserts and ruins. What they don’t realize is that the only way to reach the future is by shaking off the past. They must leave it behind like a butterfly escaping from a chrysalis.

In one of the earliest scenes, the heroine tries to stop the gantries of the old moon program from being torn down. Like the makers of this film, she does not understand.

The US moon program is not our future. It is our past. The old should be torn down so that we can build anew. Once we clear away the remnants of the old launch pads we might finally have the room to build ourselves a new Starport.

Rosalyn Hunter is the principal writer on the series Lunatics. Please support us. http://lunatics.tv
View all posts by rozzychan »
« First Day of Spring
Fanfiction – A pattern to nurture the creative soul »